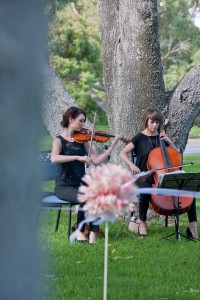 This was a beautiful ceremony at Hammersley Golf Course in Karrinyup. The ceremony was held outdoors, under beautiful big trees at the golf course entrance. Following the ceremony, the couple’s reception was held in the Gleneagle’s Reception Centre closeby. 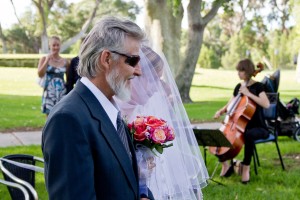 Bonny walked down the aisle to Pachelbel’s Canon played by the string duo (listen here). Other requests included Jeff Buckley’s “Hallelujah” and Aerosmith’s “I Don’t Wanna Miss A Thing”. After the couple was announced husband and wife, we played an up-tempo rendition of U2’s “All I Want Is You” as they walked back down the aisle to greet family and friends.