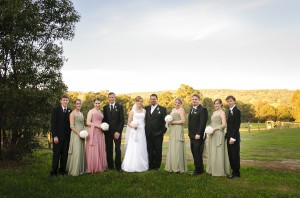 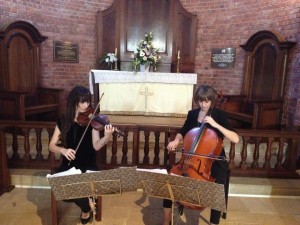 Heather and David held their wedding at the picturesque chapel in Fairbridge. This chapel is one of the only ones in WA, that civil ceremonies can be held. We first went to Fairbridge House to have a rehearsal with Tamara (one of Heather’s bridesmaids) that was to join us on flute for the signing of the register piece. 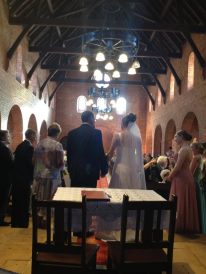 We played excerpts from Vivaldi’s Four Seasons as the guests assembled in the chapel. We played Mendelssohn’s Wedding March to announce the arrival of the bride. We played Canon in D with Tamara while the bride and groom signed the register and following the ceremony we played Handel’s ‘Arrival of the Queen of Sheba’. It was a lovely service and we enjoyed being a part of it ♥